What is carpal tunnel syndrome?

Carpal tunnel syndrome is a condition which causes numbness, tingling, or pain in the hand. It is a common condition which occurs due to compression of the median nerve in the wrist, which runs down the carpal tunnel, a narrow passage on the side of the wrist. The nerve controls movement in the thumb, and fingers except the little finger. 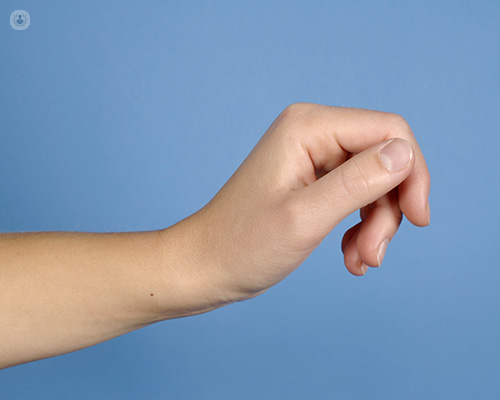 What are the symptoms?

Carpal tunnel symptoms normally progress over time, and do not come on suddenly. Usually symptoms start with numbness or tingling in the fingers (except the little finger, controlled by a different nerve) or thumb, which comes and goes. Symptoms can also include pain in the fingers, or even pain in the arm occurring between the hand and elbow. Sometimes symptoms become more apparent at night.

Carpal tunnel syndrome occurs when the carpal tunnel inside the wrist swells and compresses, or squeezes the median nerve. There are certain risk factors, including being overweight, having another illness such as diabetes or arthritis, and doing a job or having a hobby which involves repeatedly bending the wrist or gripping objects hard. Some women also develop carpal tunnel syndrome during pregnancy.

How can it be prevented?

Some measures can be taken to help prevent carpal tunnel syndrome from developing. Firstly, you can take care of your health in general, by maintaining a healthy weight, not smoking, and regularly exercising. You should also exercise your arm, hand, and finger muscles to keep them strong.

Try to avoid activities which place repeated pressure in the same area, and move your hand and wrist in a way that spreads the pressure over a larger area. Regularly switch hands and take breaks if performing tasks which involve a repetitive motion.

Carpal tunnel syndrome can often be treated at home, as it clears up naturally in a few months, especially if you have it while pregnant. Some recommendations include:

If your symptoms get worse or do not go away, make an appointment to see your doctor. They may prescribe medication, usually in the form of steroid injections, or in more serious cases where carpal tunnel does not go away, they may refer you on to a specialist for surgery.

Surgery usually cures carpal tunnel syndrome, and is done as a day case procedure. After surgery, the hand and wrist will recover after about a period of a month.

Any cookies that may not be particularly necessary for the website to function and is used specifically to collect user personal data via analytics, ads, other embedded contents are termed as non-necessary cookies. It is mandatory to procure user consent prior to running these cookies on your website.